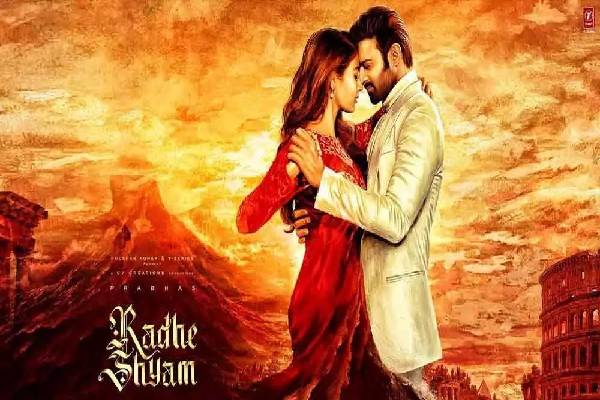 From the past couple of days, there are speculations that RRR will hit the screens for Sankranthi 2022 and all the announced films will walk out of the race. The makers of Prabhas’ Radhe Shyam once again issued a clarification that the film’s release date remains unchanged and the film will head for a pan-Indian release on January 14th across the globe. Radhe Shyam is directed by Radha Krishna Kumar and Prabhas, Pooja Hegde are the lead actors in this romantic drama.

UV Creations produced Radhe Shyam and the film is made on a budget of Rs 250 crores. The film is set in the backdrop of Europe and the film happens in the 1970s. Prabhas is currently shooting for Adipurush and Salaar. Both these films are planned for release next year.