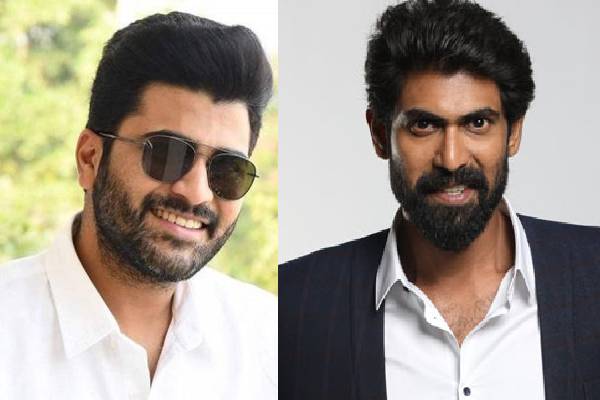 Top production house Mythri Movie Makers are all set for a multi-starrer that features young actors Sharwanand and Rana Daggubati in the lead roles. A debutant narrated an interesting script and both the actors loved the script. The project rolls once the duo is done with their current projects. An official announcement will be made soon. Rana Daggubati is done with the shoot of Virata Parvam and the film releases soon. He is shooting for Pawan Kalyan’s Bheemla Nayak that will release next year.

Sharwanand completed the shoot of Maha Samudram and the film is aimed for Dasara release. He is shooting for Aadavallu Meeku Joharlu in the direction of Kishore Tirumala. The film heads for a theatrical release next year. He will start the shoot of Rana’s film from December this year. Sharwanand also signed a film in the direction of Raju Sundaram which rolls out next year.