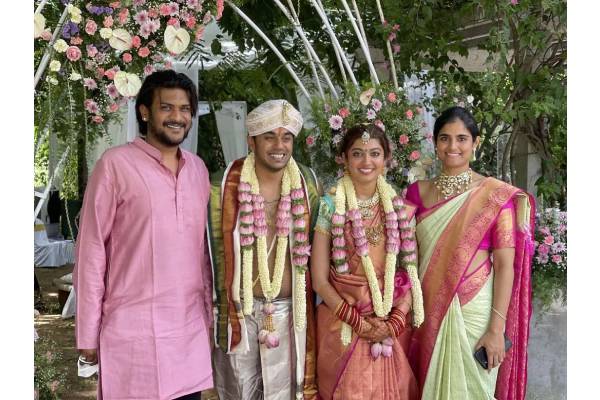 Kannada beauty Pranitha Subhash has done enough number of Telugu films but she could not race to the top in the league of actresses. She played the roles of the heroine in films like Attarintiki Daredi, Pandavulu Pandavulu Thummeda, Rabhasa, Brahmotsavam, Hello Guru Prema Kosame and most of them flopped at the box-office. The actress tied the knot on Sunday to Nitin Raju in a private ceremony on Sunday in the presence of limited family members.

The pictures from the wedding surfaced on the social media circles but the actress is yet to make an official statement about her wedding. Pranitha is currently busy with several Kannada movies and a couple of Hindi movies Hungama 2 and Bhuj. With the pandemic lasting for months, the couple decided to get married in a closed ceremony.

Actress #PranithaSubhash got married to businessman #NitinRaju in a private wedding ceremony
Congratulations to the newly wed couple pic.twitter.com/kT2hbiQ3Wk