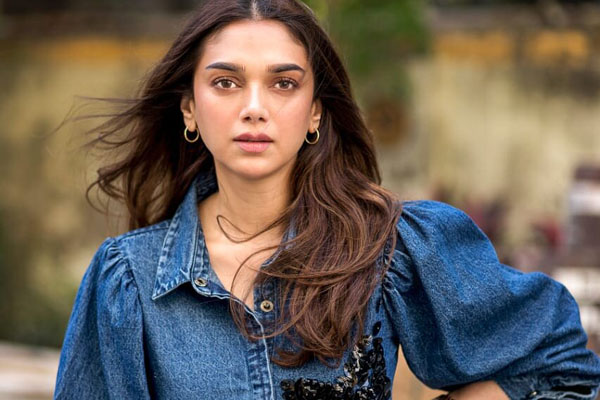 The much-anticipated October 14 release of ‘Maha Samudram’ has got Aditi Rao Hydari, who plays the character ‘Maha’ in the Ajay Bhupathi film, all prepped-up for the anticipated rounds of promotions that the cast will be expected to do.

In an exclusive interview to IANS, Aditi said her character is “a simple, bubbly girl who is all easy”. ‘Maha’, she added, teaches dance to children and is the sole bread earner of the family.

Speaking about what attracted her to the film, Aditi said: “I was approached by my director. I was greatly impressed by his conviction. His story narration made me realise his vision. I could not say no at all, as he had been too good to me. When I said I had some prior commitments, he assured me this movie was going to be made only with me. I almost cried when he followed up for my dates.”

About the film’s other cast members, Aditi said they included seasoned actors such as Sharwanand, Siddharth, Rao Ramesh and Jagapathi Babu. “I am so lucky to have them share the screen in such a great project,” said the actress, who was most recently seen on Netflix in the Hindi mystery thriller, ‘The Girl on the Train’.

How was it to work with Sharwanand and Siddharth? “What I like the most about both is that they do not appear like stars at all,” Aditi told IANS. “Siddharth is such a talented person. His has a deep knowledge of all the departments of filmmaking. He does his homework, he looks into the direction and music, and still is so humble. Sharwa is a calm and peaceful person, and so positive.”

On whether she felt stressed during the shoot, Aditi said: “Apart from the the pandemic tension, the shoot was all fun. Siddharth, Sharwa, Ajay, all of us had a great and positive time together. The technical team was so good that they arranged our sets in a limited time. It was blissful for us all to work on this movie.”

There’s talk about Aditi signing another movie with Ajay Bhupathi. Without going into the specifics, Aditi said: “With all my directors I have acted in two movies. So, I hope it happens with Ajay too. I would love to act under his direction again.”