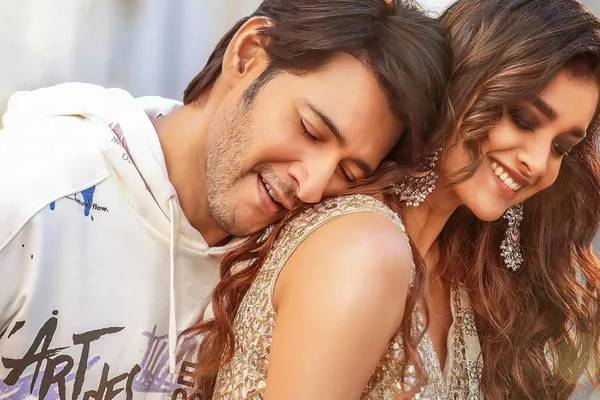 Superstar Mahesh Babu fans are all excited about the first single of Sarkaru Vaari Paata. In a sudden shock, the entire song was leaked online and is circulated across social media. The Jubilee Hills cops arrested two youngsters who were involved in the leak. The production house Mythri Movie Makers got trolled for the leak. The song ‘Kalaavathi’ is scheduled for release on February 14th but the makers decided to release the lyrical song today.

The exact time of the release will be announced by the makers. Sarkaru Vaari Paata is in the final stages of the shoot and is directed by Parasuram. Keerthy Suresh is the leading lady and Thaman is the music director. Thaman expressed his disappointment over the hard work they kept for the song. Mythri Movie Makers, 14 Reels Plus and GMB Entertainment are the producers. Sarkaru Vaari Paata is heading for release on May 12th across the globe.