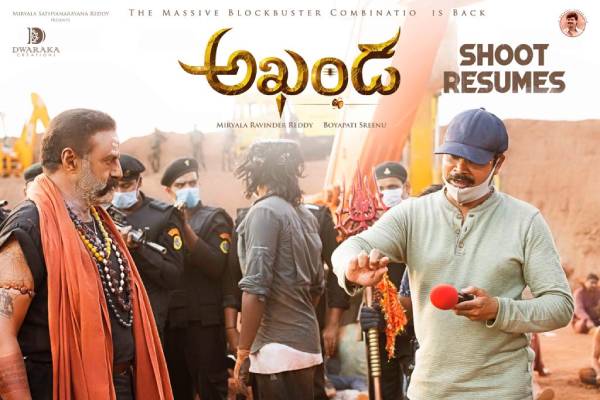 Nandamuri Balakrishna’s Akhanda is roaring once again. The final schedule of the film has started in Hyderabad. The team is shooting for an important scene in the film.

The shooting resumption announcement has been done with a working still in which Balayya is seen in that iconic Getup (of the teaser) in conversation with Director Boyapati Srinu.

The makers will announce the new release date once the situation is conducive in both the Telugu States.

Akhanda has music by in-form Thaman. The hype surrounding the film is massive given the track record of Balayya and Boyapati and also the recently released teaser took the buzz to the next level.