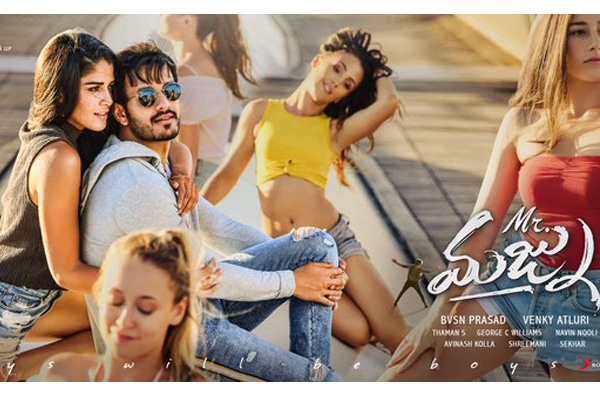 It is a known fact that Akkineni Akhil’s debut film Akhil and his second film Hello were made on a solid budget. Unfortunately, both films ended as box office failures and buyers incurred heavy losses. Though Hello garnered good reviews, the film couldn’t break even as it was sold for high prices due to its expensive budget.

Now, producer BVSN Prasad who is bankrolling Akhil’s third film Mr. Majnu is planning judiciously and spending the budget wisely. Reportedly, Mr Majnu is made with a limited budget between 25-30 Crores to ensure that there is no great risk involved. Majority of the shoot was done in London and the producer will get some percentage of refund from the UK government due to its tourism norms. This helped the producer to restrict the film’s budget.

Sources say that BVSN Prasad is looking for a quality output with limited budget so that the pre release business will ensure table profits for him. He is trying his best not repeat the mistakes of Akhil’s previous producers. He is also looking for an ideal release date during Republic Day so that the film will have no big competition at box office..