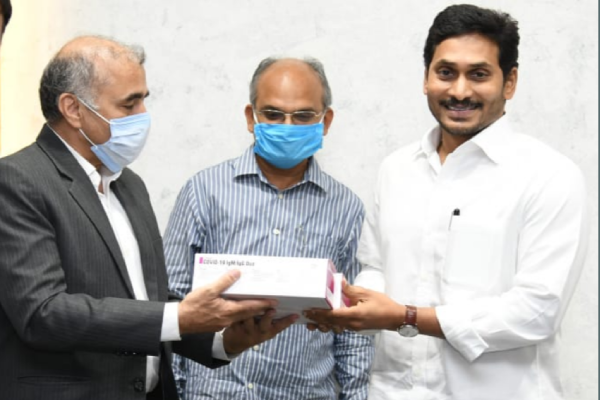 Like never before, the rival parties have started passing highly unpublishable comments against Jagan Sarkar on the price controversy regarding COVID virus kits. Is this government looting public money taking advantage of Coronavirus kits as well? BJP State Unit is making a deadly attack. BJP state president Kanna Lakshminarayana has asked whether the government has grabbed commissions in virus kits also. Bharatiya Janata Yuva Morcha state president Ramesh Naidu said that it was not surprising that Jagan Sarkar gave scope for irregularities and controversy in kits purchase. He further said that it is depressing to see how the YSRCP regime has resorted to such scams at a time when people are scared in the fight against virus.

TDP leader Pattabhi has asked why is there such a big difference in the prices at which AP and Chattisgarh governments have brought the rapid test kits. He says it is inhuman and cruel on the part of the ruling party leaders to hide the facts. CM Jagan Reddy should bring out a white paper immediately on the price of kits and show whether it is really committed to saving people’s lives.