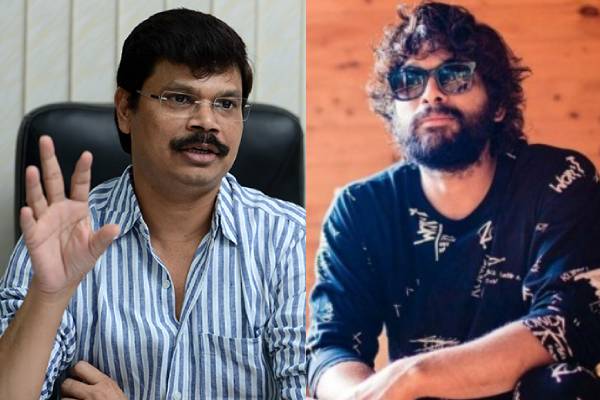 It is now clear that Allu Arjun has no interest in Icon which has been under discussion for the past few years. Allu Arjun is shooting for Pushpa and the shoot is nearing completion and will release on December 17th. Allu Arjun was extremely impressed with the script of Boyapati Srinu’s film but Bunny is waiting for the release of Akhanda. The project is expected to start early next year.

On the other side, Bunny and Sukumar are in plans to shoot for Pushpa 2 soon after Sukumar will be done with the script work. Allu Arjun is in plans to release one of the films next year and the other film will head for early 2023 release. Boyapati Srinu is working on the final draft currently and he is monitoring the post-production work of Akhanda. Geetha Arts will produce this high voltage action entertainer.