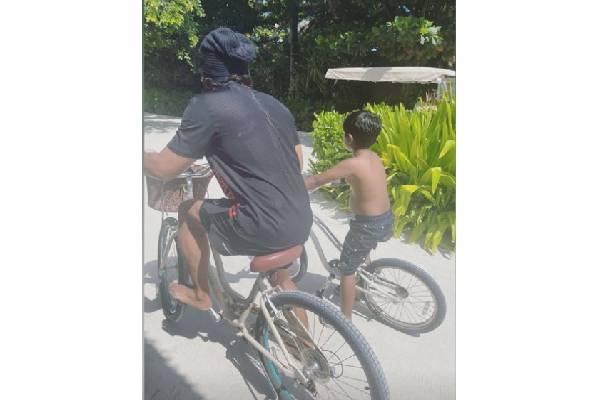 Stylish Star Allu Arjun is sweating out for Pushpa, an action entertainer that is directed by Sukumar. The shooting portions reached the final stages and the makers announced that the film will hit the screens on December 17th across the globe. During a small schedule break, Allu Arjun along with his family flew to Maldives. Bunny will refresh himself and will return back to the country this weekend. Bunny along with his kids are spending some gala time in Maldives.

Allu Arjun’s wife Sneha has been posting some great moments from their holiday. The actor will resume the shoot of Pushpa next week and will wrap up the portions before the mid of November. Rashmika Mandanna is the heroine and Fahadh Faasil is the lead antagonist. Mythri Movie Makers are the producers and Pushpa is the first pan-Indian attempt from Allu Arjun. The film is carrying good expectations.