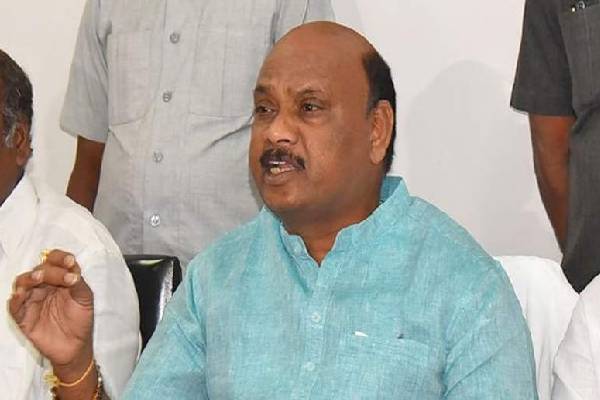 Ayyannapatrudu alleged that Reddy is deducting money from the 14th and 15th Finance Commission allocated funds to sarpanches for electricity charges.

He said the government is destroying the system of panchayati raj in the southern state.

According to Ayyannapatrudu, the government is relegating panchayat president and restraining him from exercising his powers.

He noted that the sarpanch has complete authority on the finance commission funds which should be used for developmental works.

“Without giving these funds to the sarpanches, the state government is deducting electricity charges. Is it alright to divert funds from the sarpanch?” he posed.

The opposition leader alleged that up to Rs 350 crore have been diverted in this fashion from sarpanches across the state.

Calling this practice as unconstitutional, he said this is a big mischief by the state government led by Chief Minister Y.S. Jagan Mohan Reddy.

Ayyannapatrudu said the people who won as sarpanches spent a fortune to become one, but now they are not enjoying any powers.

He called upon all the sarpanches to open up and talk about this alleged injustice.

“If you do not talk when you are facing injustice, who else will talk then,” he observed.

He highlighted that not just the sarpanches but also MLAs, MPs and ministers from the ruling party allegedly do not talk about this issue.