In the beginning, all seemed well in the courts for the Jaganmohan Reddy Government. As the days passed by, things were changing and turning from good to bad. Now, a quasi judicial body like the National Green Tribunal categorically rejected the Rayalaseema Lift Irrigation Project saying that the project cannot be taken up without getting the necessary environmental pollution clearances.

NGT bench consisting of judge Justice Ramakrishnan and irrigation expert Sybal Dasgupta made it clear to the State Government that it was wrong to start the project without the necessary approvals. The NGT bench outright rejected the AP Government’s argument that it was an old project.

The NGT also reminded the State Government of the fact that the Union Jal Shakti Ministry has already ordered for not taking up the Rayalaseema Lift without the Detailed Project Report and the required clearances.

The Tribunal took up this hearing following a petition filed by one Ganigondla Srinivas. The project has been seen as a prestigious one for the Chief Minister considering his eagerness to provide water to Seema districts. 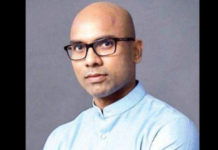