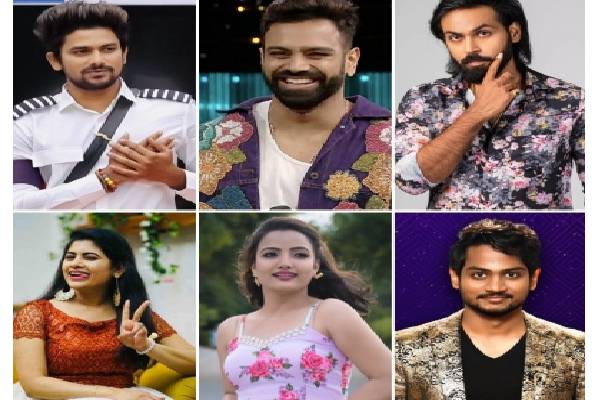 With the top-six contestants left in the ‘Bigg Boss Telugu 5’ house, the makers had arranged a ranking system for the upcoming nominations, with numbered podiums in the play area.

The contestants are asked to rank themselves from 1-6, as a part of the nominations. The promos released by the makers hint at the discussions between the contestants on which contestants deserve what ranks.

Sources suggest that Sunny, Shanmukh, Kajal are in the first three ranks, while Sreerama Chandra is the fourth, followed by Manas ranking as the fifth contestant. Siri takes the last place in the ranking task, which would reflect her place in the upcoming nominations.

If the above ranking will turn out to be true, then Manas and Siri are to fall in the danger zone, as they are the bottom two in the ranking task.

Though Sreerama Chandra is in the bottom 3, he is already a finalist, as he won the ticket to the finale. There are chances that Kajal would fall into the danger zone, as well.

Apart from the nominations, Kajal and Siri are the weak links among the current housemates, and the viewers are wondering if they make it to the top five or not.