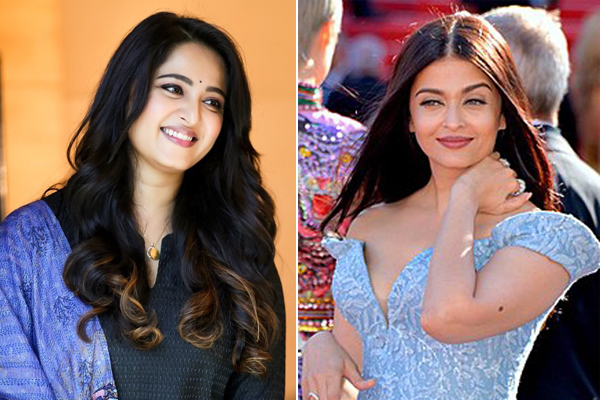 As biopics are turning out to be money spinners at box office, filmmakers are looking to produce films based on the life stories of iconic personalities. Recently, a biopic on Jayalalitha has been announced by producer Vishnu Induri who is also bankrolling the biopic on NTR.

In a surprise announcement, one more biopic on Jayalalitha has been formally announced by Bollywood producer Aditya Bharadwaj. Award winning director Bharathiraja will helm this prestigious film.

The latest scoop in media circles is that Bollywood star heroine Aishwarya Rai and South’s reigning actress Anushka Shetty are the fore runners to appear as Jayalalitha in this biopic which has been titled as Amma. For Vishnu Induri’s biopic on Jayalalitha, names of Nayanatara, Trisha and Vidya Balan are being considered for the lead role. Also, one more biopic on Jayalalitha is likely to be announced by filmmaker Priyadarshini. She is also looking for a star heroine who can fit the bill for Jayalalitha’s role.

So, it is clear that three star heroines are going to be cast for these three different projects. We have to wait for official announcements from these filmmakers to know who will bag the opportunity to play Jayalalitha in respective biopics.