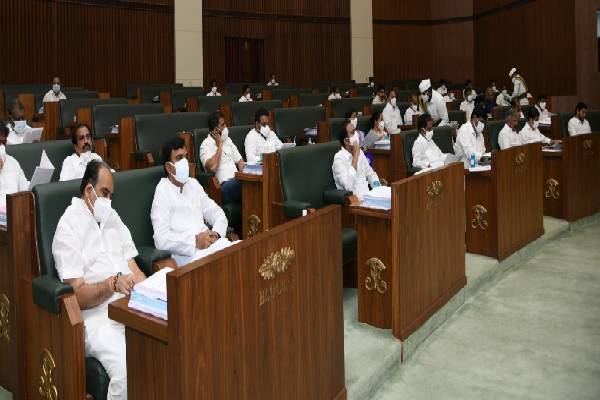 The House approved the resolution unanimously through a voice vote demanding the Centre to withdraw its plans to privatise VSP.

Gautham Reddy told House that Chief Minister YS Jaganmohan Reddy had already written to Prime Minister Narendra Modi requesting him to stop privatisation of VSP. He said Jagan had proposed five alternatives to bring VSP back into profits in his letter to the PM.

The AP Assembly demanded the Centre grant captive mines to VSP to tide over the losses.

Gautham Reddy said that the Centre should not view VSP like any other company but view it as a symbol of ‘pride and self-respect’ of Telugu people. He said VSP was set up by the Centre on the slogan of “Visakha Ukku-Andhrula Hakku’.

He said Andhra people are emotionally attached to VSP and Centre should consider this issue seriously and withdraw its plans to privatise VSP.