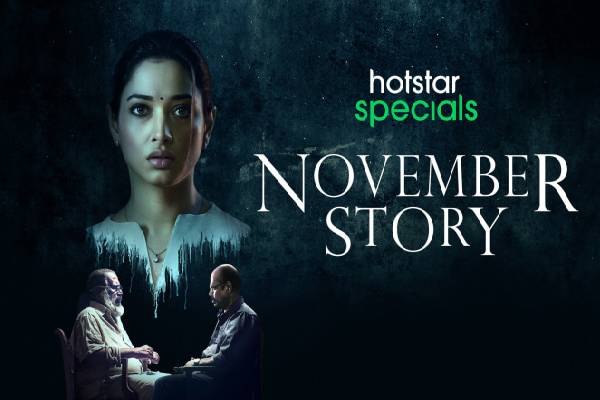 Tamannaah made her debut into digital space with 11th Hour directed by Praveen Sattaru and that was a disappointment. She is testing her luck for the second time with a seven-episode web series that is titled November Story. This crime thriller is streaming on Disney Plus Hotstar and is directed by Indhra Subramanian. Tamannaah plays Anu, a hacker and her life changes after her fathers gets named in a crime that he has never done. The rest of November Story is all about what happens to her father and how she unfolds the truth.

The biggest disappointment of November Story is the slow pace. The director takes ample time to introduce the characters and establish the premises. Except for the last two episodes, November Story is just a boring watch as it happens on a flat note. Any crime thriller has to be gripping with enough number of twists. But unfortunately, November Story has predictable twists which will never thrill the audience. The basic plot sounds interesting but the narration makes November Story fall flat.

Tamannaah fits well in the role of Anu and she delivers a decent performance throughout. Pasupathy is the other notable actor in November Story and he is at his best. GM Kumar is decent in the assignment and Vivek Prasanna makes a good impact. The background score is good and the cinematography work should have been better. The production values are ok. The director fails badly in making November Story a thrilling ride. November Story has lengthy episodes without interesting twists. November Story is one more disappointment for Tamannaah as it makes a tedious watch.