Surprise moves have become the hallmark of the YCP Government. After creating a political sensation, they are coming up with tall claims to catch the attention of people. Yesterday, the Government demolished unauthorised structures in GITAM University though it was pending in the court. Today, they were saying Vizag Metro would come up soon as it is fast developing as the administrative capital of Andhra Pradesh.

Minister Botsa Satyanarayana says that Vizag Metro tenders would be called next month. This project would be taken up with or without the Central Government support. Similar statements were made in the past on Polaravam. CM Jaganmohan Reddy himself said said that. Now, his Government is not able to go forward with the Centre not giving the required funds. The latest claims on Vizag Metro were yet another indication of the YCP’s unprepared moves about the future financial burdens.

Botsa has dismissed the TDP allegations and said that there was no political vengeance behind the demolitions at the GITAM University. The encroachments were being removed. Without saying much, the Minister repeatedly said that Vizag would have bright future under their government. Huge projects like Metro would develop the city in a big way. The Metro would be developed in four corridors for a length of 75 kms. 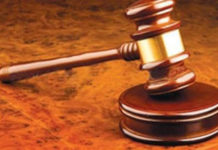