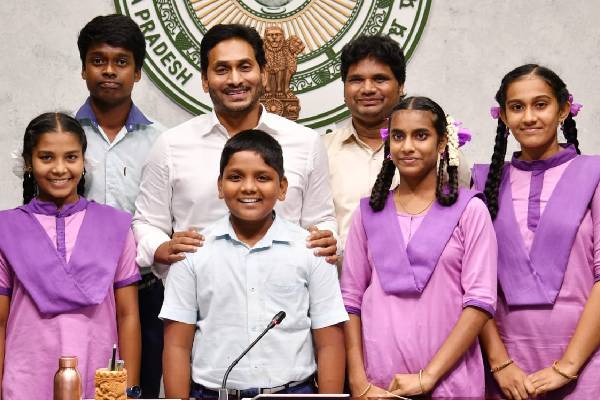 The students have been learning the English language for the past one year and have almost become masters. They spoke fluently and flawlessly. They were fearless and confident in their presentation during their interaction with the chief minister.

School teacher, Prasad, took it as a challenge to teach English to the students. He taught them to speak fluently and with American slang, without fear or hesitation. They did not require any prompting. Neither they looked as if they were parroted.

“There is an influence of native language and hence the accent and pronunciation is different. Once I started the Speakers club, many students now have started to pick up the accent and prefer speaking in English rather than their mother tongue,” Prasad said.

The chief minister congratulated the students and the teacher for throwing a challenge to the world that they can speak fluent English. He also thanked them for utilising his dream project of giving quality education to the students in the government schools.