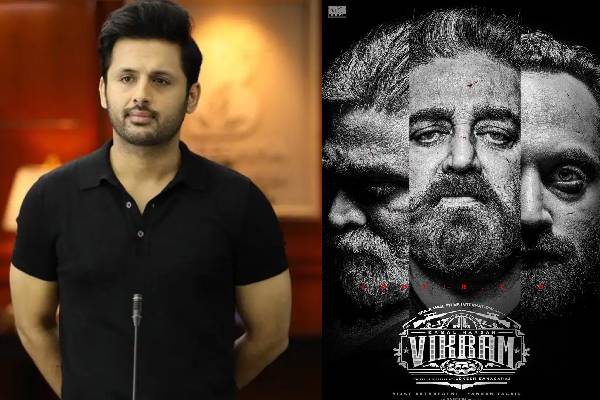 Nithiin’s father Sudhakar Reddy has been in the distribution business for ages and he is also producing movies under Sreshth Movies banner. Nithiin’s ongoing film Macherla Niyojakavargam is also being made under the banner.

Now, the distribution house bets big on Kamal Haasan’s forthcoming venture Vikram. Yes, Sreshth Movies will be releasing the Telugu version of the movie in AP and TS. They bought the rights for a whopping amount.

The film directed by Lokesh Kanagaraj will be releasing on June 3rd. The film is carrying exceptional buzz, thanks to engaging promotional content and the presence of many noted actors in prominent roles.

Besides Vijay Sethupathi and Fahadh Faasil in vital roles, the movie will also see Suriya in a cameo.