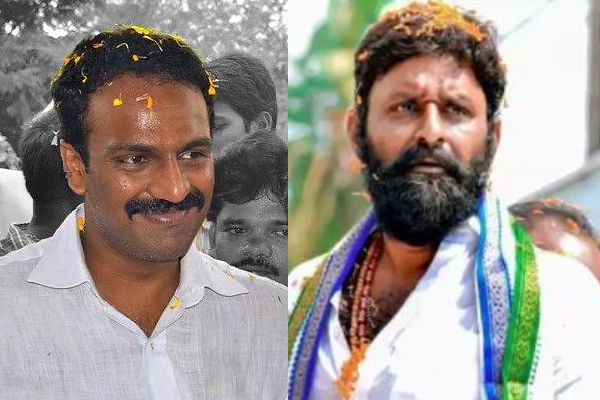 They were the best of the buddies. They were always seen together and regardless of the party affiliations, they were together. But now the two best friends are no longer seen together. They are not even appearing together in social gatherings. This is the hottest topic of discussion in Krishna district.

Highly placed sources say that all is not well between former MLA Vangaveeti Radhakrishna and Minister Kodali Nani. Though Radha kept changing parties, it did not come in the way of their friendship. Nani and Radha were very friendly for years. In fact, Nani, Radha and Vallabhaneni were known to be best friends despite their political differences.

But that appears to have changed now. Radha is touring Gudivada very often these days. But, he is not trying to meet Kodali Nani. During these tours, he is said to be meeting the Kapu community leaders. The Kapus of Gudivada are increasingly going away from Kodali Nani. They have been expressing dissatisfaction over Nani’s style of functioning. Radha meeting these disgruntled people is making news.

Both Radha and Nani are taking care not to cross paths. They are organising their programmes in such a way that both do not meet each other. However, both Radha and Nani have family relations and both the families have the habit of meeting often. Given this, Radha meeting Kapus separately is becoming a hot topic of discussion.

In fact, the third member of the troika, Vallabhaneni too is maintaining a low profile. His political position in Gannavaram is increasingly becoming untenable. He won on TDP ticket, but unofficially switched over to the YSRCP. But, the local YSRCP is not exactly welcoming him.