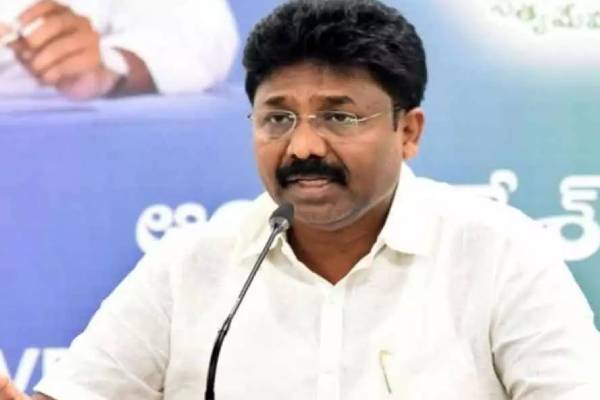 The Supreme Court on Wednesday (today) reserved its judgement in the disproportionate assets case booked by CBI against Andhra Pradesh education minister Adimulapu Suresh and his wife Vijayalaxmi.

The arguments on this case ended on Wednesday.

The CBI informed Supreme Court that it questioned 120 witnesses in this case and examined over 500 documents.

The CBI stated that their investigation into this case has reached a final stage and it will be fully completed in another three months.

The CBI urged Supreme Court not to issue directions to hold preliminary investigation into this case at this stage.

The CBI told court that it will file chargesheet in the court soon after inquiry is completed and urged court to take a decision based on chargesheet.

It may be recalled that minister Suresh and his wife landed in trouble with the Supreme Court on September 2 this year directing CBI to file FIR against them and inquire into the disproportionate assets case.

Suresh and his wife Vijayalaxmi are both IRS officers. Suresh entered into active politics in 2009.

The CBI in 2016 conducted raids on residences of IRS officers across the country. They filed FIR against Vijayalaxmi for owning disproportionate assets to the known sources of her income.

In the FIR filed in 2017, the CBI names Vijayalaxmi as prime accused and Suresh as A-2.

However, both challenged FIR in Telangana High Court stating that CBI filed FIR without conducting a preliminary investigation into the case and without questioning them.

The Telangana High Court in February this year quashed the FIR filed by CBI.

But, CBI challenged High Court’s orders in the Supreme Court.

The Supreme Court dismissed Telangana High Court orders and directed CBI to register FIR against them and conduct inquiry into the issue.