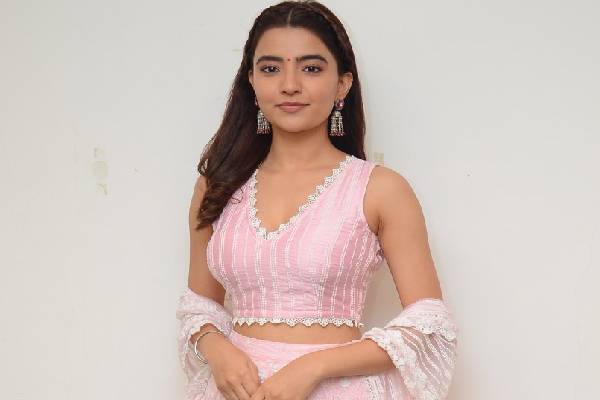 Ashoka Vanamlo Arjuna Kalyanam’ is all set to release on May 6th. Mass ka Dass Vishwak Sen and Rukshar Dillon are playing main leads in this film. The technical crew includes Pavi K Pavan as cinematographer, Jay Krish as music composer, and Viplav Nyshadam as editor for the Ravi Kiran Kola narrative.

Before the film’s release, talented actress and stunning beauty Rukshar Dillon revealed a few interesting facts about the film and his co-star Vishwak Sen. ” It was a pleasure to work with Vishwak Sen. He’s quite relaxed. We had a fantastic rapport. The emotions that you see between a couple in an arranged marriage have shown very beautifully here,” she says.

The film ‘Ashoka Vanamlo Arjuna Kalyanam’ has a strong message, which inspired me to do this film. Personally, I feel that you should find a connection with the person you would like to marry. In this film, Rukshar Dillon plays Madhavi, a character who communicates little but is filled with emotions.