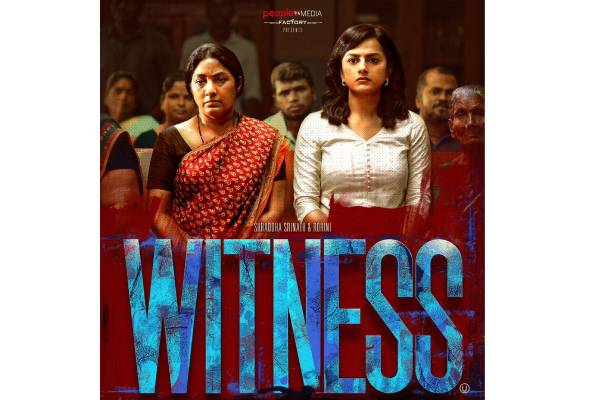 The first look of director Deepak’s upcoming film, ‘Witness’, featuring actresses Shraddha Srinath and Rohini in the lead, was released on Sunday on the occasion of May Day.

Shraddha, who posted the first look of the film on her social media handles, wrote: “With the world of conservancy workers at its centre, the movie ‘Witness’ presents a never-seen-before view of metropolitan cities and the invisible corridors of power lying underneath them. ‘WITNESS First Look’.”

More than the post itself, what caught the attention of netizens was the fact that she had hashtagged the Chennai Corporation apart from hashtagging phrases such as “sewer deaths”, “manual scavenging” and “21st Century’s Gravest Crime”.

This apart, the actress had also hashtagged Articles 14 and 21 both of which relate to fundamental rights guaranteed by the Indian Constitution.

From the post, it is evident that the film’s story revolves around the serious issue of manual scavenging and the sewer deaths that sadly continue to occur to this day.

The film, which is being made in four languages — Tamil, Telugu, Kannada and Hindi — has the director himself doubling as the cameraman.