India’s biggest motion picture Baahubali : The Conclusion failed to repeat its global success in China, where it released in more than 7000 Screens last Friday.

After embarking on a phenomenal start with $ 2.43 M on its opening day securing the third biggest opener for Indian film, the riveting action spectacle failed to capture the attention of Chinese audience as it collected only moderate figures in its first weekend ( $ 7.7 M – 51 Crores approx).

Further, the collections witnessed a huge plunge on its first Monday as it managed to rake in only a meagre 6.8 Crores taking the tally close to 60 Crores.

The poor word of mouth has impacted the collections after a good start and trade circles reckon that the film might not even touch the 100 Crore mark in its full run. 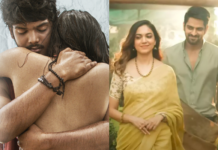