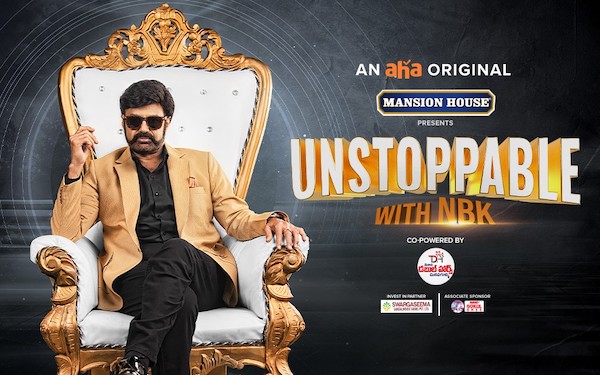 Nandamuri Balakrishna surprised Telugu viewers and fans with his hosting skills in Unstoppable, a celebrity talk show that is streaming on Aha. The way he bonded with his fellow actors along with his hosting skills and his sense of humor are widely appreciated. The shoot of the first season got completed by yesterday and the upcoming episodes will stream soon. Unstoppable is named in the Top 10 Reality TV List on IMDB. This is a rare achievement for a Telugu talk show. Unstoppable is fifth in the list with top ratings.

Balakrishna shot the last episode of Unstoppable with Puri Jagannadh and Vijay Devarakonda recently. Aha is thrilled with the response and the Telugu digital platform is planning for a second season later this year. Balayya will soon join the sets of Gopichand Malineni’s action entertainer that will start rolling this month. Balakrishna has a heap of films lined up and several young directors are keen to work with him.