Young actor Bellamkonda Sreenivas is all set to start his next film which is the remake of Tamil blockbuster Ratsasan. Ramesh Varma will direct this action thriller and it got launched officially today in Hyderabad. Young actor Havish Lakshman Koneru is bankrolling this prestigious project on A Studios banner. Rashi Khanna is speculated to play the female lead in this stylish action thriller.

Gibran will compose the music and Venkat C Dilip is the cinematographer. Sagar penned the dialogues and Amar Reddy Kudumula is the editor for this untitled project. Bellamkonda Sreenivas is currently busy wrapping Sita and will join the sets of this remake soon. This film will release during the second half of this year. 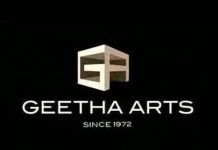