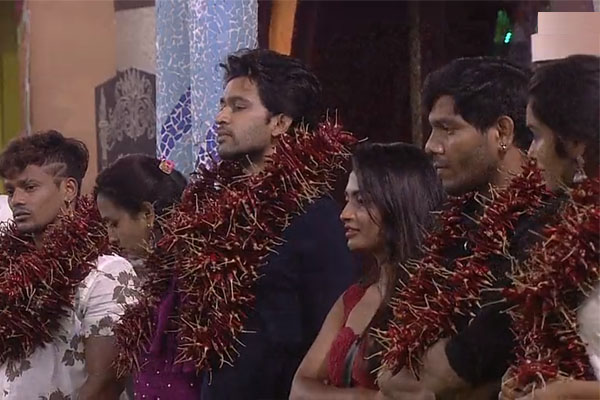 Bigg boss season 4 is going on interestingly and almost 5 weeks passed so quickly. Monday as the day of nominations and as always today’s episode also was intense.

Ariyana nominated Monal and Mehboob. It is known news that Mehboob and Ariyana both supported Sohail for the captaincy but Ariyana pointed out the way Mehboob behaved during that episode. She also nominated Monal for the hypocrisy she showed during the previous nominations. It is a known thing that Monal had nominated anyone nominated her in previous seasons.

Harika nominated Ariyana for the way she played in the hotel task. She reminded Ariyana’s words during the task that she will not trust Harika. She also nominated Kumar for the mistakes he did during the task.

Abhijit nominated Mehboob for the foul language he used during the game. He also nominated Akhil (as usual). The intense war of words between Abhijit and Akhil in the previous week’s nomination is very well known to the audience.

Lasya nominates Divi and Mehboob. Lasya’s rivalry with Divi is well known to the audience as they have been nominating each other many times. She also nominated Mehboob for his arrogant behavior during the task.

Mehboob nominated Divi and Ariyana. Both of these girls nominated him. He tried. Mehboob’s arguments with other housemates irritated the audience.

Sohail nominated Ariyana, who had some war of words a few hours earlier. He also nominated Kumar Sai who also argued with him earlier.

Amma Rajasekhar nominated Lasya because of the argument she had with him in the kitchen earlier. He also nominated Abhijit because of his behavior during the hotel task. It is a known thing that both were in the same team but they had some bitter arguments during the task.

Monal nominated Ariyana and she passed some allegations on her, which are new to the audience. She also nominated Divi for highlighting her relationship with Akhil.

Akhil nominated Abhijit (as usual) and made allegations on Abhijit’s role as ‘Sanchalak’ during the captaincy task. He told Abhijit failed as he saved the contestants who should have been failed in the task earlier than him. But he did not give the exact names of the persons who failed in the task. He also nominated Ariyana.

Kumar Sai nominated Harika, who has been nominating him for several weeks. He also reminded her that she spared those who stole her money but nominated the one who saved her money. He also nominated Monal for her mood swings and the behavior associated with those mood swings.

Sohail got special power from Bigg boss to save one contestant and obviously, he saved Mehboob.

Overall – Abhijit, Akhil, Ariyana, Divi, Lasya, Monal, Harika, Kumar, and Noel. We need to wait and see who will leave the house this week.