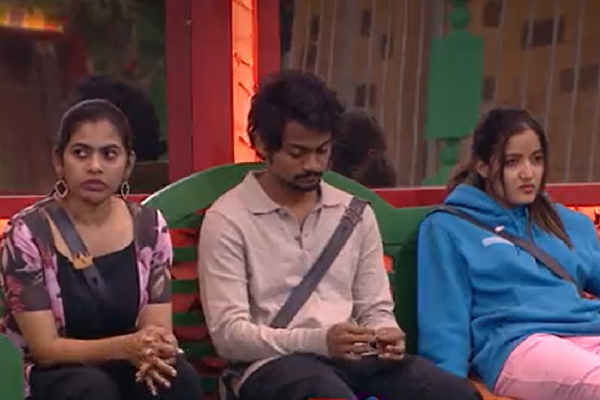 Bigg boss show is inching towards the climax and whoever wins the ticket will become the first contestant to reach the finale. The task tests the endurance and focus of the housemates.

Bigg boss gave the options of endurance, speed and action and the house unanimously selected the option of endurance. As per this option, Bigg boss gave a task. In this task, the contestants have to stand in ice cubes and protect the balls given to them. Occasionally they can put their legs outside and others can grab their balls when they put the legs outside. Sunny excelled in this task too. Sreeram stood at second place.

Later Bigg boss gave three other options – Skill, focus and memory. It seems that Bigg boss intentionally shifted from physical games to mind games due to health conditions of the housemates. The housemates selected focus. Housemates were given a task to ring the bell after 29 minutes. The catch here is that there is no clock in the house and the housemates have to calculate the time inside their mind. Whoever comes closest to the 29 minutes mark will be the winner. This task continues in the next episode.

We need to wait and see who will win this ticket to Finale task.