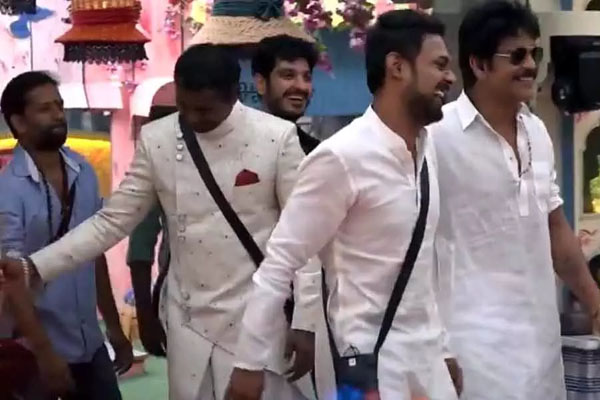 Prior to that house was divided into two groups and contested ‘BB Food Mela’, a cooking competition between the two groups. Rahul, Sreemukhi, Vithika and Shiva Jyothy were in one group and the rest of the housemates in the other group. Bigg boss gave them tasks like – to cook Chinese dishes, Andhra dishes etc and the housemates displayed their skills of cooking. Meanwhile, Nagarjuna’s entry, on the day of festival, excited the housemates. He brought some gifts as well as sweets to the housemates and told that all the housemates have become his friends because of this show, He added, his family members also discuss about the show and ask about the performances of the housemates.

Nagarjuna’s interaction with housemates continues in the next episode.