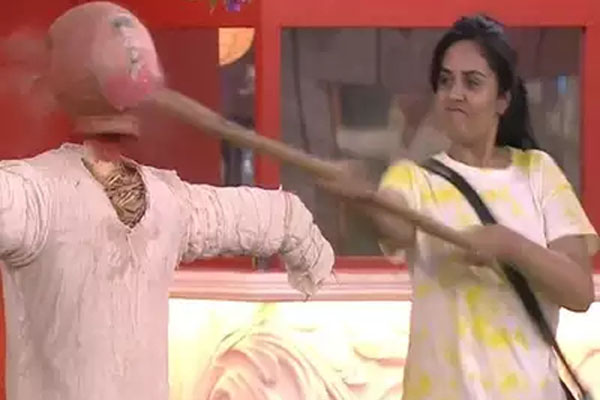 In Bigg boss, there was ‘Hunt and Hit’ task. As per this task, each of the housemates will be shown a video in which other housemates bad-mouthed that contest in his or her absence. After seeing the video, they can call and discuss with those housemates about that video and after the discussion, they can paste the face of a contestant on a pot and break that pot.

Later there was Bigg boss birthday celebrations in the house. Also, Baba and Shiva Jyothi got special dinners as they won in the star of the house task.

But Bigg boss cleverly highlighted the videos in which Mahesh bad-mouthed Sreemukhi and showed the video in which Mahesh told, he will eliminate Sreemukhi if he is given such powers. This may impact Mahesh’s voting as he doesn’t have his own voting and all the votes to him are mostly based on other factors. So, it is now more or less confirmed that Mahesh will be eliminated this week.