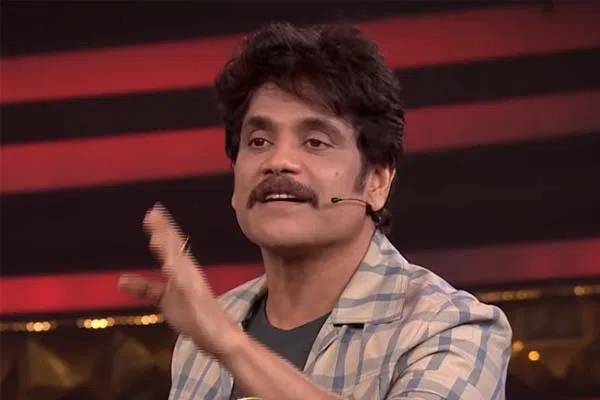 As a host, Nagarjuna’s duty is not only to present the content and host the show but also to correct the housemates for their mistakes. He did the job so well today. He suggested Noel to not stop the tasks intermittently. It is known news that Noel gave the task halfway as felt Kumar Sai is cheating in the game. He also corrected Avinash for bursting out on captain during the week and alleging that he behaved biased during the tasks to favor the Akhil team. But he appreciated Sohail for doing a good job as captain. He also appreciated Lasya for drinking the drink with a nasty smell.

During the captaincy task, there was a deal to half shave his head and beard. But Amma Rajasekhar denied the task as it makes just one of the contenders for the captaincy but not the captain. Today Nagarjuna gave a bumper offer to the team that if anyone agrees for shaving his head and beard half side, he will be saved from the nominations next week. When team members were oscillating on the offer, Nagarjuna gave another interesting offer that he can not only save himself but also save another person (instead of himself or herself) from nominations next week. After a lot of dillydallying Amma agreed to take up the deal and Noel shaved his head and beard onside. Later when Nagarjuna asked him whether he wants to save himself or save someone else, he saved himself

Game: Read the minds of others

Later Nagarjuna played a game with the housemates. Bigg boss makers already collected feedback from the contestants about what they think about others in the house. Now Nagarjuna asked each of the housemates to stand up and then read out one negative statement given to them by someone in the house. They have to guess who wrote that negative feedback. This game was interesting as the audience also kept on guessing along with the contestant about who could have written such a statement.

Overall it was an interesting episode. The contestants like Noel, Lasya, and Harika got saved in this episode. We need to wait and see who will leave the house this week.