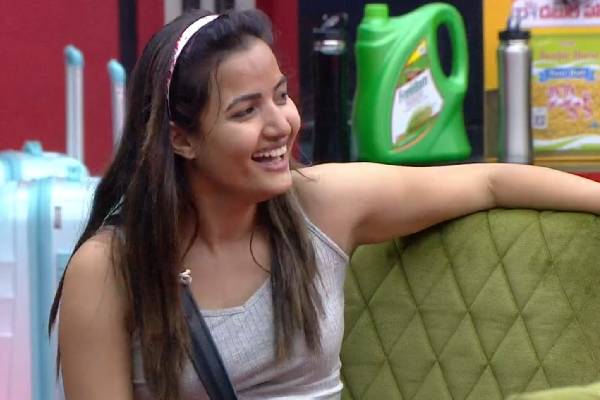 Bigg boss season 5 is going on at brisk pace. Today Siri became the first captain of this season. There was lots of drama in this episode, as usual.

Hamida won power house task today and Bigg boss gave her a tough task. She has to select one housemate and that person cannot become captain in this season. She selected priya. When she came out and revealed her decision, Priya responded in a dignified way. If it were some other housemate, there would have been lot of drama and tears. But Priya responded in a very dignified way and it won applause from the audience. She was even seen saying that Hamida had no other choice but to select someone.

Bigg boss announced that the 4 housemates who entered the power house- Siri, Hamida, Vishwa and Manas- are the contenders for the captaincy this week. Bigg boss asked housemates to select coordinator among themselves. House elected Priya as coordinator by vote.

Sarayu opens up today. She told , when she got the Bigg boss offer , many people asked her whether she knows anyone. Unfortunately she doesn’t know anyone out of the 19 housemates. She also expressed that she is feeling lonely as other people have already formed their own gangs. Annie master consoled her. Later she was seen fighting with Kajal as she targeted Vishwa.

It seems senior character artistes won’t shine in Bigg boss house. Be it Hema or Karate kalyani, both have left the house in the early stages of the show itself. Uma also looks like nagging lady and it looks like other housemates are being snubbed by her. In the previous episode, she fought with Annie master for Alu curry. Today she fought with Priyanka and others over task allocation. She told, she will not cook non-veg and she won’t even wash the dishes used for non-veg foods. Even though nobody forced her to do so, she dragged the argument till it becomes unbearable.

At this point, it is confirmed that, she will be eliminated from the house as soon as she comes into nominations, very much similar to the way Hema and Kalyani were eliminated.

Overall, this is another passable episode. Housemates like Swetha , Sriram and Sunny are not getting much footage while others like Lobo, Kajal, and Uma are getting ample footage. We need to wait and see who will be leaving the house this weekend.