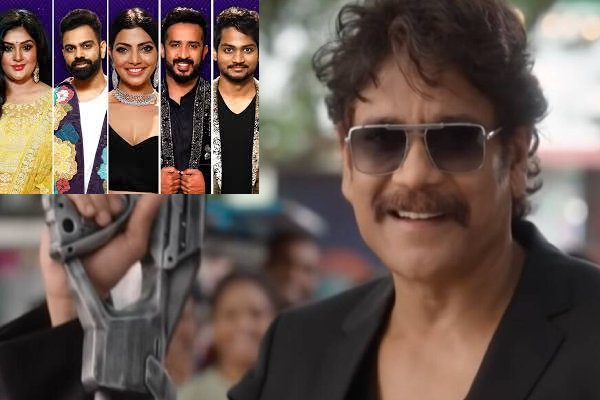 Bigg boss season 5 launched in a grand way and the makers of the show assured 5X entertainment this time. Nagarjuna as usual hosted the show in his own unique style. The list of contestants is much better this time compared to season 4. The details about the contestants of this season as below.

Siri is the first contestant in Bigg boss season 5. She is known more for her YouTube videos and short films. But she also worked in TV channels and reported news. She is also known for her Tik Tok and Dub smash videos.

The next one to enter the house is Sunny, who acted as in TV serials like Kalyana Vaibhogame. He quit the serial 3 months ago despite good TRP ratings and that time itself rumours surfaced about him entering Bigg boss house.

Lahiri is a small time actress who acted in Telugu films like Arjun Reddy and Malli Rava. She asked Nagarjuna to call her “Ammu”.

Sriram is a very well known singer to Telugu audience. He won the Indian idol title and also sang several blockbuster songs in movies. In the words of Nagarjuna, he is not only singer but also actor and eligible bachelor.

Choreographer Annee is very well known to Telugu audience not only through her films but also through the TV shows in which she was judge for dance competitions. She became emotional after seeing her family members’ video wishing her ash the best.

Anchor Lobo is very well known to Telugu audience because of his programs in Maa music. More than the anchoring, he attracted the audience through his peculiar dressing style and hair style.

Priya has been acting in Telugu films for more than 2 decades. She made debut with Chiranjeevi’s Master Movie and is known to audience with some good roles in films like S/O Satya Murthy. She has teenaged son and he wished his mom all the best through a video byte.

Jessie is not known to the Telugu audience but Nagarjuna revealed that he holds a record in Guinness book of world records for organising ramp walk of 36 hours.

Priyanka is known to the audience as Sai Teja through Jabardasth show. But later he decided to get operated and become woman. She revealed on the stage about her blind father and gave an emotional appeal to her father who still doesn’t know about her operation and turning woman.