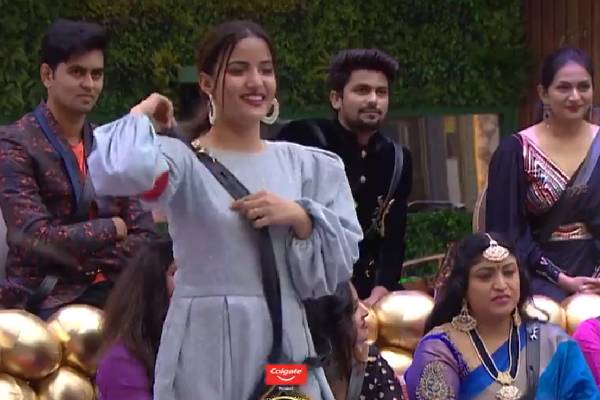 Bigg boss season 5 is going good and started engaging the audience from the first week itself. In the beginning of today’s episode, the housemates were seen clearing the air with other contestants. Priyanka apologised to Uma and they both became buddies.

Later Nagarjuna joined the house and told that he is not going to be harsh on the housemates despite the fact that they did some mistakes this week. The way Nagarjuna imitated Shanmukh was hilarious. He appreciated Lobo’s entertainment and exposed Kajal’s hypocrisy about her cooking abilities. Nagarjuna appreciated Ravi for his maturity in dealing with the housemates. However, he reminded Shanmukh about not opening up yet in a funny way.

Even though Sriram cut his relation with Kajal, she selected him as best buddy. Even though Kajal got more negative comments, she was seen still smiling.

Sarayu told her bond is cut with Siri and she didn’t set with any of the housemates. She told she is playing like one man army. Siri retaliated on Sarayu and while explaining the reason for the same, she bursted into tears. Jessie also told his bond is cut with Sarayu.

Among others, Swetha Verma told Annie master is like her mother as she was guiding her. Lobo told Shanmukh is like his late father who used to correct him when he does mistakes. Priyanka was overwhelmed when Ravi selected her as best buddy.