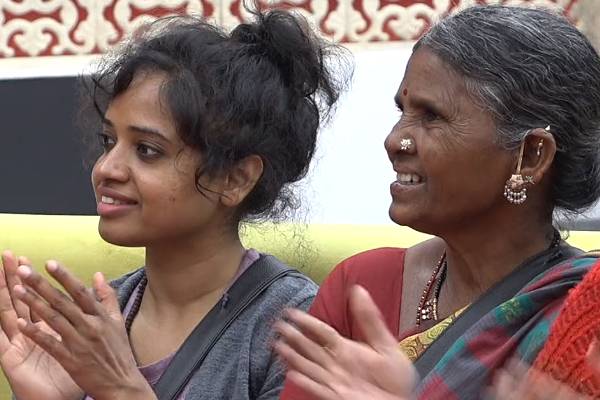 Devi Nagavalli, fondly called as TV9 Devi by the audience, is playing well in Bigg boss till now. But the analysts say, she is repeating the mistake done by Ali Reza, Details as below.

One contestant who is keenly watched by many during this Bigg boss season 4 is Devi Nagavalli. She doesn’t need an introduction to the Telugu audience. When she joined the show, host Nagarjuna also told that he is scared of her. As of now, housemates are also giving positive feedback on her. The contestants like Ariyana and Surya Kiran spoke very highly of her so far during the show.

Ali Reza’s perfect analysis on his early exit and the mantra of winning Bigg boss:

One contestant who got similar high positive feedback in the previous season was Ali Reza. He was applauded a lot on physical tasks. At one point, he was considered as the probable winner. But he got evicted very early from the show. However, later when he joined the house as wild card re-entry, he analyzed the reasons for his early eviction from the show very nicely. He told as he was playing well and behaving nicely with housemates, he didn’t come into nominations for many weeks. This has done more harm than good to him. While other contestants who are getting nominated week after week are gradually building their vote base and fan base, Ali Reza missed such opportunity as he didn’t come into nominations. So, as soon as he came into nominations, his low vote percentage caused him to exit from the house. He concluded that coming into nominations and getting saved by the audience frequently is the real mantra of building a fan base in the Bigg boss show.

Devi seems to be not knowing this common pattern of Bigg boss. On Monday, a total of 9 contestants got nominated. Many week candidates are also there in the list. She should have opted for nominations this week so that she would get some vote base and fan base. But by not doing so, she seemed to have missed an opportunity. Analysts say, if Devi avoids nominations for the next couple of weeks, she may exit the very first week she gets nominated.

However, it is too early to conclude as it is just the second week. We will have to wait and see on the prospects of Devi Nagavalli in Bigg boss season 4 Telugu.