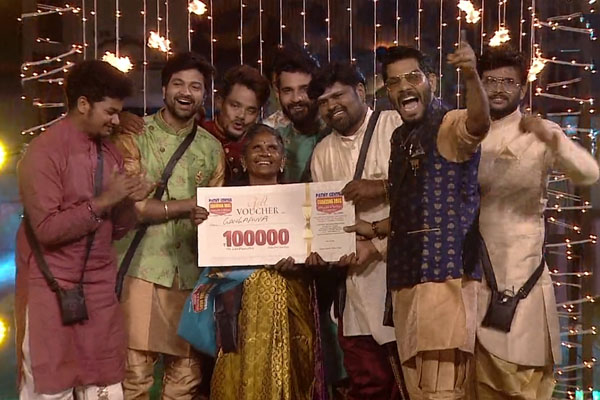 Bigg boss season 4 has been greatly engaging the audience and holding their interest. Today’s episode focused mostly on entertainment provided by the housemates. Out of all the housemates, Avinash and Amma rajasekhar are turning very good entertainers in the house. In the last two episodes, both of these contestants are entertaining the housemates as well as the audience.

Avinash has been living up to the expectations since the day one. He has been providing comic relief in the show. In yesterday’s episode he gave comedy dubbing for the conversation between Akhil and Swathi Dikshit. It was hilarious and similar to the scene of Venu Madhav in Tammudu movie of Pawan Kalyan.

Today also Avinash did great job when Bigg boss gave him an entertainment task. As per this task, all the women contestants in the house has to treat Avinash face as mirror and express their emotions in front of the mirror. Avinash has to give commentary for their words in a comic way. Avinash utilised this opportunity in a great way. He gave very hilarious commentary for each of the liners uttered by the ladies.

Amma Rajasekhar also has been providing entertainment in the house. He imitated the dance steps of Lasya, Harika and Ariyana today. He has been doing pranks on the housemates and most of the housemates have been enjoying his jokes.

Mehboob , who has been passive in the house in the previous episodes, displayed his talents today. He taught dance movements to each of the housemates keeping in mind one signature moment from their behaviour. His efforts were greatly appreciated by the housemates.

Prior to this, there was a fancy dress competition sponsored by a popular showroom. All the housemates were dressed in the garments provided by the show room, did a fancy dress show and ramp walk. Actually this was a competition. After the competition men’s team selected Gangavva as the best dressed woman and women’s team selected Avinash as the best dressed man. Both of them got very good prize money.

Later Sujatha raised concerns on Avinash and Lasya. She did not like the comedy commentary given by Avinash during the task. She also objected on Lasya announcing Avinash as the best dressed man on behalf of women’s team. Avinash got offended after knowing that Sujatha got offended by his satires. He wanted to ask Bigg boss not to give this kind of tasks in future but Ariyana stopped him.

Overall this was an entertaining episode.