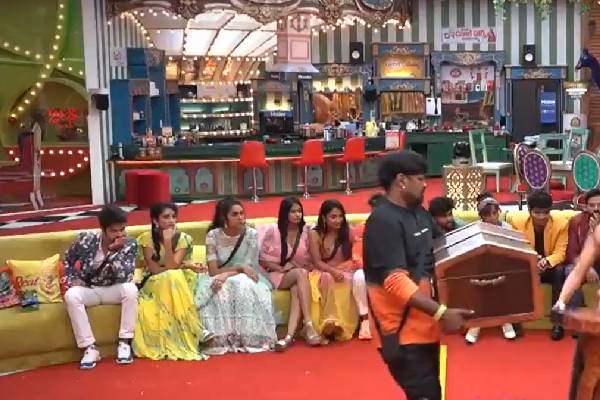 In Bigg boss season 4 Telugu, today there’s a super twist as Devi got eliminated instead of Mehboob. This almost shocked the housemates. Details as ago.

Devi, Ariyana, and Mehboob were the bottom three on the day of nominations:

Out of the contestants nominated this week, Devi, Ariyana, and Mehboob were the bottom three. So, since day-1 the audience expected that one of these 3 will get evicted. But they were divided on who out of these 3 will leave the house this week. The humans and robots’ task actually changed the fate of the contestants. Ariyana who got lots of negative feedback earlier changed the impression during the task. The way she played the game and the oneliner that ‘i want to try even if I am sure of losing the game’ changed the impression on her and suddenly her voting improved.

1% difference between the voting of Mehboob and Devi.

As per the reports, Mehboob and Devi got the almost same number of votes with less than 1% difference. There were also rumors that Mehboob got slightly lesser votes than Devi. Social media also reported that Mehaboob is packing the bags this week. But there is a sudden twist in the game and Devi is out of the show this week.

Is the elimination based on voting or Bigg boss twist:

Exactly in the third week of season 3 also, there was a similar twist. As per reports at that time, Rahul got the least voting compared to Rohini and Shiva Jyothy but Bigg boss saved Rahul and sent Rohini out keeping some commercial prospects in mind and also given the fact that the difference in votes is very small. There is an opinion that Bigg boss did the same this week.

Housemates got shocked and Ariyana cried a lot:

It seems housemates couldn’t believe that Devi is eliminated this week. They all thought she is not only a strong person but also a strong contestant in the game. Even when Kumar Sai and Devi were contending for eviction, the housemates believed Sai will leave the house. But when the final decision was announced, the was shocked and there was silence as they couldn’t believe it. Ariyana and Devi recently discussed that they wanted to see a woman winning the game this this time. Ariyana cried a lot and said she sees a perfect woman in Devi and she wanted an elder sister like her.

While leaving Devi gave suggestions to each of the housemates. As per the big bomb, she saved Ariyana from nominations next week.

Leaving of Devi left the audience also in disappointment as they enjoy watching the game of a strong woman. But the fact is that, like Surya Kiran, she also doesn’t have social media following compared to other youtube stars in the house and she got evicted the first week she came into nominations.