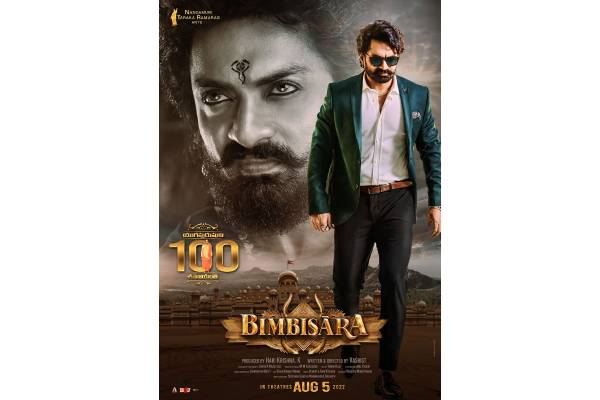 NT Rama Rao, a biggest name in both Indian cinema and politics, turns 100 on May 28. The Nandamuri family and fans wish the legend a happy 100th birthday. In addition, the Nandamuri family planned Sr NTR’s centennial celebrations to honour the legendary actor-politician.

To mark the occasion, Nandamuri Kalyan Ram shared an intriguing poster from his upcoming film ‘Bimbisara,’ along with his best wishes to NTR. The poster depicts both a past ruthless king and his modern incarnation. The filmmakers also confirmed that the film will be released on August 5.

This film is directed by Mallidi Vashist, a debutante. The shoot has already concluded, and the team has been quietly winding up its post-production work.

The film’s release date has already been set for August 5. Everyone was impressed by the teaser as well. Producer K Hari Krishna is bankrolling the project under Kalyan Ram’s NTR Arts banner. Chota K Naidu is cranking the camera with music by Chirantan Bhatt. Legendary music director composing Back ground score for the film.