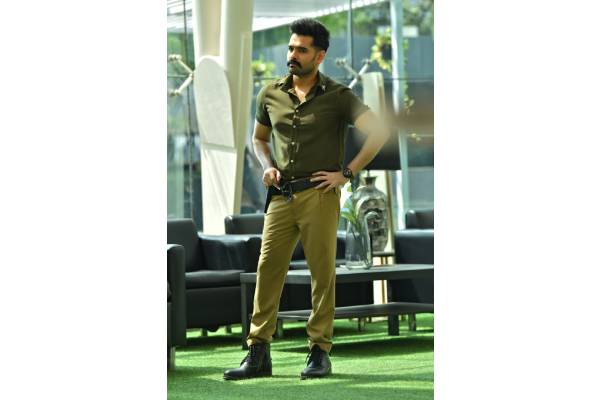 Ram Pothineni’s upcoming mass action entertainer The Warriorr shoot has come to an end. The major shoot portion of the film has been completed long back and only some patchwork and introduction shoot of Ram Pothineni was in balance. Now N Linguswamy has completed all the balance work as well.

The Warriorr team will now jump on to promotions and the fans are eagerly waiting for the next update from the makers. The first single ‘Bullet’ turned out to be a massive hit and is now inching close to 55 million views on YouTube. The teaser also created a massive storm on YouTube.

Now all eyes are set on the second single that will be announced soon. In addition to this, there are a couple of chartbuster songs and Devi Sri Prasad is confident that fans will love them.

Not only Ram Pothineni fans but also moviegoers are excited to see the Linguswamy mass combined with Energetic star’s thunderous screen presence.

The Warriorr is getting ready for the grand release on July 14. Srinivasaa Chitturi is producing the film under the banner Srinivasaa Silver Screens, while Pavan Kumar is presenting it.