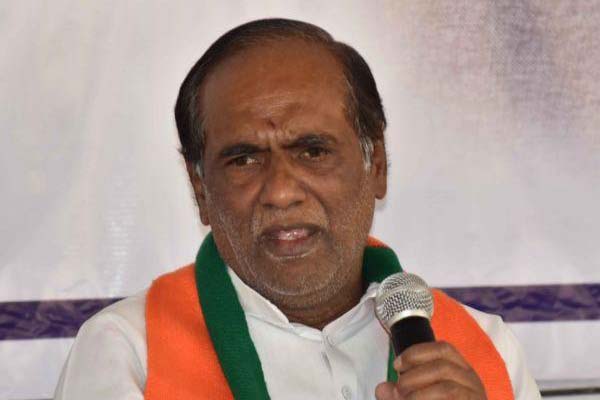 The BJP has taken a thorough beating in the Telangana municipal elections. The party was close to winning one municipality but the TRS spoilt even that one chance. Greatly disturbed, BJP Telangana President K Lakshman announced that their party would use new strategies in future to counter CM KCR. Laxman said that they would especially take all possible support from Jana Senani Pawan Kalyan.

With each passing day, it’s becoming like the BJP needs Pawan more than he needs the BJP. Initially, BJP leaders like GVL Narasimha Rao talked as if there would be no question of any alliance with Jana Sena but the BJP would consider if Pawan voluntarily merges his party. Just like CM Jagan Reddy was stubborn and arrogant, his favourites in the BJP were also behaving equally egoistically towards TDP, Jana Sena, etc.

Over the months, equations changed so much that GVL could not stop BJP AP unit to enter an alliance with Pawan Kalyan. Of course, Pawan volunteered for the alliance in order to stop political atrocities of the oppressive Jagan Reddy government. Now, it is clear that BJP is trying to benefit more from Pawan charisma all over India. Will Pawan be able to use this higher bargaining power to achieve his vow to throw CM Jagan Reddy out of power?