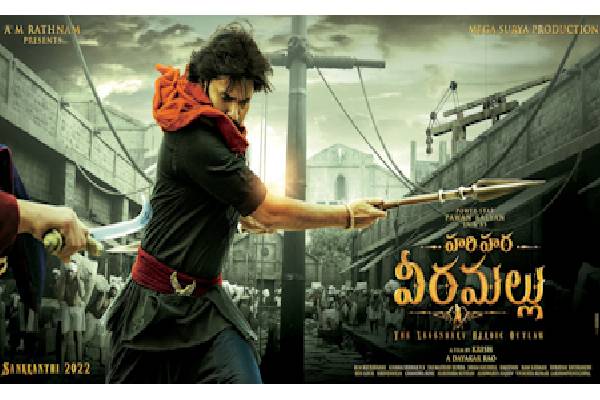 Powerstar Pawan Kalyan commenced the shoot of Hari Hara Veera Mallu long ago and the shoot is yet to be completed. The coronavirus pandemic pushed the film by two years and Pawan even completed films like Vakeel Saab and Bheemla Nayak which were announced after Hari Hara Veera Mallu. Pawan joined the sets of the film recently but the shoot is happening at a snail pace. There are speculations that the fim’s shoot is halted due to the financial stress but it is untrue.

The unavailability of dates of several actors is causing the delay. Several massive sets are constructed for the film and this heaped up the budget. The film’s producer AM Rathnam has been paying the rents for the floors in Aluminium Factory from more than two years. The interests are heaping up for this big-budget film. New sets are constructed recently and Pawan wanted to complete the shoot at the earliest. But the shoot is not happening as planned. Krish and his team are keen to complete the shoot by July and the film may hit the screens during Dasara.