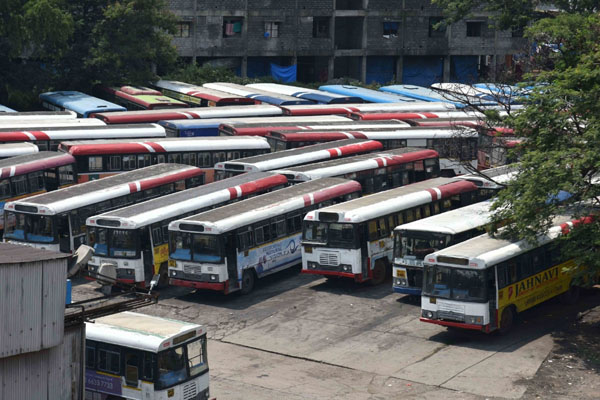 After a gap of nearly two months, buses returned to the roads in Telangana on Tuesday with the state government relaxing the lockdown norms to allow resumption of bus services.

Buses were back on the roads in all 32 districts after a gap of 58 days. The services were suspended due to nationwide ‘Janata curfew’ on March 22 and the same day the state government announced a total lockdown.

The state cabinet on Monday decided to relax the lockdown norms to allow the resumption of bus services. Chief Minister K. Chandrashekhar Rao on Monday night told reporters that the TSRTC would resume the services from Tuesday.

Since Greater Hyderabad is the worst affected by Covid-19 and part of the state capital still reporting new cases every day, the government decided not to resume the city services.

Even the buses to and from the districts are not being operated from the Mahatma Gandhi Bus Station (MGBS), the biggest bus station in the state, and certain other bus stations close to the containment zones.

The TSRTC has also not resumed bus services to other states. The Chief Minister said since neighbouring Maharashtra is worst affected by Covid-19 and Andhra Pradesh too has high number of cases, it was decided to keep the interstate bus services suspended.

Telangana is also not allowing buses from other states to enter its territory.

The bus depots and stations across the state, which were deserted for nearly two months, saw the return of some hustle bustle early Tuesday as drivers, conductors and other employees resumed their duties. Wearing face masks, the employees attended to the work.

Buses and the premises of bus depots and stations were sanitized. Conductors were seen carrying sanitizer bottles and sprinkling it on the hands of passengers. “We are issuing tickets only to those passengers who are wearing face masks. The conductors are ensuring that the social distancing is maintained in buses,” a TSRTC official said.

People lined up since early morning to buy tickets at the JBS and other bus stations. Since autos and taxis also resumed the service from Tuesday, the passengers are not likely to face the hardships in the last mile connectivity.

Both the city bus services and the Hyderabad Metro services have not resumed and hence the passengers will have to depend on auto rickshaws and cabs to reach the bus stations or designated boarding and alighting points.

The TSRTC has 10,460 buses and in normal days its services ferry a little over one crore people every day. 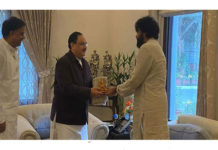