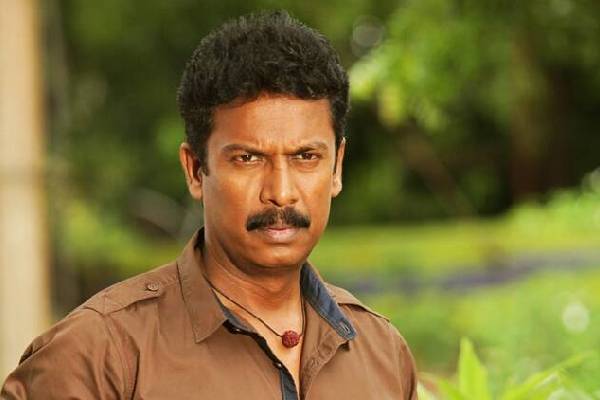 Samuthirakani emerged as the highest-paid character actor of Telugu cinema in the recent times. He is charging close to Rs 10 lakhs per day and he is working without breaks. At the same time, he is all set to return back to the director’s chair with the remake of Vinodaya Sitham and the film has Pawan Kalyan, Sai Tej in the lead roles. Samuthirakani played the role of the lead antagonist in Nithiin’s upcoming release Macherla Niyojakavargam and the film releases tomorrow. During the pre-release event, Nithiin expressed to work with Samuthirakani in his direction. Samuthirakani too revealed that he will direct Nithiin very soon.

“I and Nithiin discussed about a story couple of years ago. The project will materialize very soon. I am currently playing important roles in Megastar Chiranjeevi’s God Father and Nani’s Dasara. I would balance acting and direction. My project with Nithiin will be announced at the right time” told Samuthirakani. Nithiin is busy with Vakkantham Vamsi’s film and he has a couple of other films lined up. He will also work with Bheeshma fame Venky Kudumula very soon.