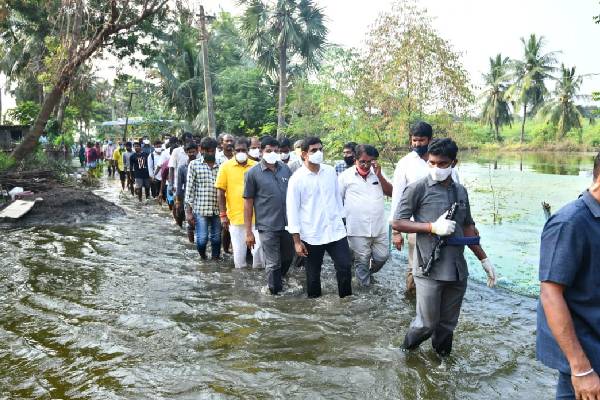 The ruling YCP is leaving no chance to embarrass and irritate the Opposition Telugu Desam Party. Nara Lokesh has become a prime target for CM Jagan Reddy, his Ministers and MLAs all over. They are following every move of Lokesh and taking immediate counter action to bring pressure on him. Now, the YCP got a case filed against Lokesh for causing harm to the lives of many people by driving a tractor without the required knowledge of it. The tractor incident took place at Siddhapuram village in Akividu area.

The case was filed at the Akividu police station in West Godavari district. Lokesh was charged with causing the tractor mishap during his visit to flood-hit areas. Charges were also levelled against the TDP MLC saying that he had not observed Covid 19 restrictions and preventive guidelines properly. Case was filed under sections 279, 184 and 54A and also under various sections of the Epidemic Act.

Wide media coverage was given for Lokesh narrow escape incident in tractor mishap yesterday. This has embarrassed and angered the YCP local leaders who were already furious over the TDP visits to damaged crops.