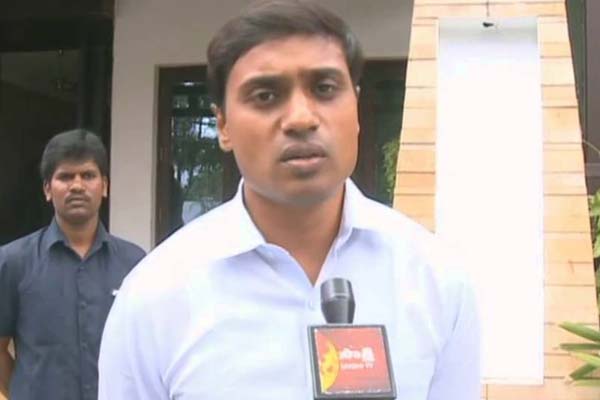 A criminal case has been registered against a Rajampet Lok Sabha member Peddireddy Mithun Reddy for allegedly slapping the station manager of Air India (AI) at Tirupati airport.

On Thursday afternoon, the first-time MP belonging to YSR Congress, went into the cabin of AI manager at the airport and picked up an argument with manager Rajasekhar regarding issuing of boarding passes for his relatives for a flight. It is learnt some passengers on board the flight also complained to the MP about the alleged misbehavior of the manager with them also.

The MP had questioned the manager which led to the altercation. Enraged, the MP had slapped him. A case has been booked against the MP in Yerpedu police station based on a complaint lodged by Rajasekhar.

According to the police 15 followers of the MP were also named in the case booked under sections 323 (voluntarily causing hurt), 353 (assault or criminal force to deter public servant from discharge of his duty) and 448 (house-trespass) of IPC, he said.