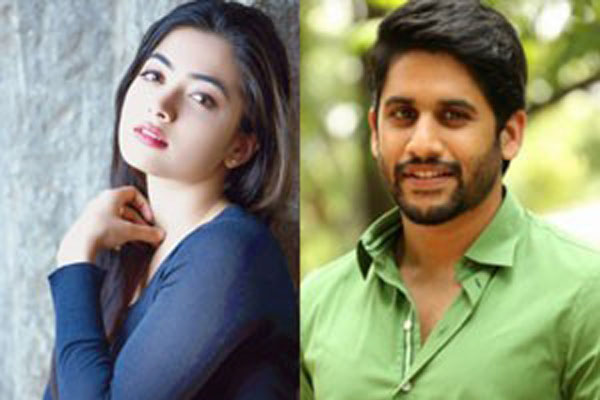 Sometimes, few films take a flying start but then get scrapped for reasons one wound’t even believe. And here is one such project titled ‘Adhe Nuvvu Adhe Nenu’, which is being produced by Dil Raju and directed by debutante Sashi, but got scrapped.

Initially, the project featured the launch of Mahesh Babu’s elder sister (Jayadev Galla’s wife) son Ashok Galla in the lead role, while Nabha Natesh is to play the leading lady. They have done a formal pooja event and also shot for a schedule, but the project came to a grinding halt for reasons unknown.

The latest update is that Naga Chaitanya and Rashmika Mandanna will be starring in the lead roles in Adhe Nuvvu Adhe Nenu which will be joined by another production company alongside Dil Raju. Though everyone is maintaining that only the title is retained but everything from story to backdrop is new, the buzz has that indeed it is the same scrapped project.