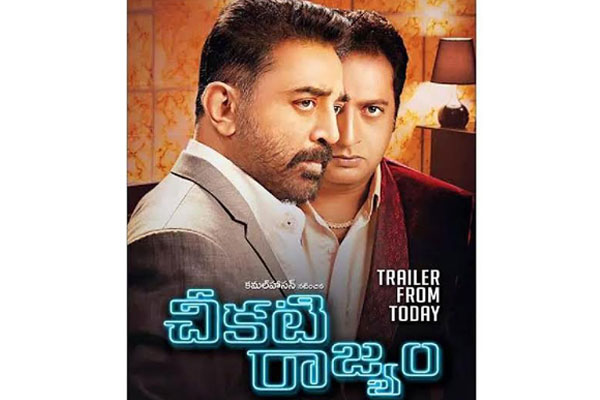 ‘Cheekati Rajyam’ is a Telugu-Tamil bilingual thriller starring Universal actor Kamal Haasan and gorgeous actress Trisha Krishnan in the lead roles. The film is an official remake of the French movie ‘ Sleepless night ‘ in which the entire story unravels during a single night. Kamal Haasan is playing a cop in the film.

The theatrical trailer of the film will be released today evening at 4:21 PM through the official YouTube channel. Currently the post production phase is going on and the makers are planning to release the film as a Diwali treat in November. Prakash Raj, Madhu Shalini , Sampath Raj and few others are playing important roles in the film. Rajesh M Selva is the director and Raaj Kamal Films has produced the film. Ghibran is the music composer.