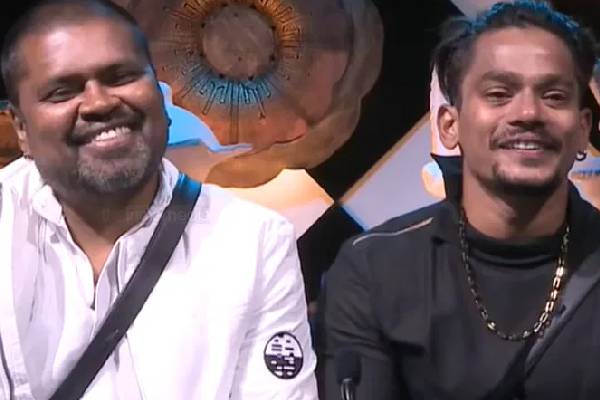 Bigg boss season4 Telugu that started with a bang seems to be heading towards a disaster. Bigg boss makers running the show as per their whims and fancies is the main reason for the huge dip in the ratings. As the Bigg boss team is not caring about the votes polled by the audience and saving the persons whoever he wanted and eliminating the contestants as per their convenience, many netizens announcing on social media that it is simply a waste of time to vote for Bigg boss this season. Another similar incident happened this weekend as Nagarjuna saved all the nominated contestants this week.

The drama of who will exit between Amma and Mehboob:

This week, Amma Rajasekhar, Ariana, Mehboob, Akhil, Lasya, and Monal nominated for the eviction. Among these, Ariyana, Akhil, and Lasya have a good fan base. Ariyana improved her voting significantly in the last 3-4 weeks. Monal had the least voting earlier, but Bigg boss saved her several times by making other contestants like Kumar, Divi, etc. This week it seems Amma was at the bottom position and the next being Monal and Mehboob with a very small difference in the votes as per reports. As Bigg boss has already run the drama with Monal earlier, this week the Bigg boss team decided to do a similar drama episode with Mehboob and Amma. Both of them were sent into the confession room.

Most of the housemates wanted Mehboob compared to Amma:

Then Nagarjuna asked the housemates who among these two would they like to see in the house back. Except for Avinash and Ariyana, everybody voted for Mehboob. The rest of 6 housemates votes for Mehboob. Most of them gave the same reason that Amma Rajasekhar had seen most of life and Mehboob is young and disciplined. So, finally, Nagarjuna told Mehboob is saved and disappointed master packed his bags and got ready to leave the house.

Later Nagarjuna revealed that he is also saved as Noel was already eliminated from the house because of health reasons. He revealed that Noel requests that no one should be eliminated this week. As everyone knows, no contestant or even the host can really have a say in the elimination process. It seems Bigg boss makers wanted to save Amma and that’s the reason they blamed Noel. Not stopping at this Nagarjuna also announced that Amma is a direct contender for the captaincy next week as most of the housemates voted against his continuation in the house.

With this move of Bigg boss to save Amma despite getting the least votes (as per the host announcement), the audience who spent the entire week voting for their favorite contestants felt being fooled by Bigg boss. If Bigg Boss wants to save the contestants as per their own wish, they can continue to do so but they should not ask viewers to vote for their contestants. It seems Bigg boss makers are in confusion after spoiling the show and they are taking further wrong decisions.

We need to wait and see whether Bigg boss 4 will revive its goodwill or continue the same and become the worst season so far in Telugu.