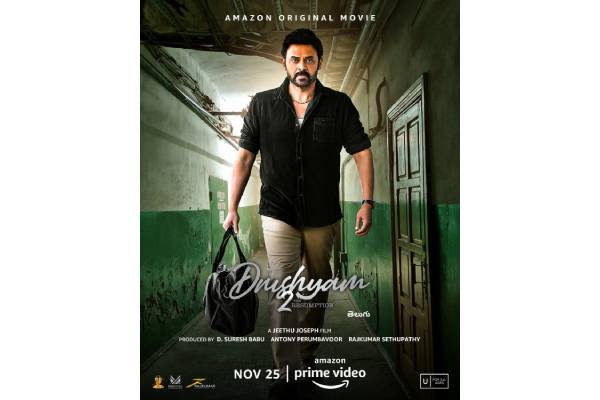 Venkatesh has completed the shoot of Drushyam 2 long ago. The makers are left puzzled about choosing a digital release or a theatrical release for the film. Suresh Babu decided to release Drushyam 2 on Amazon Prime and the deal was closed. The makers today made an official announcement that Drushyam 2 will stream on Amazon Prime from November 25th. The confusion on the release of Drushyam 2 finally came to an end. Touted to be a thriller, Drushyam 2 is directed by Jeethu Joseph and Venkatesh, Meena played the lead roles. Kruthika, Esther Anil, Sampath Raj, Nadhiya, Naresh and Poorna will be seen in other important roles.

Will history catch up or slide through the clutches of time once again ?
The race is on ⏳
Tik-tok…

Watch #Drushyam2OnPrime, Nov. 25 only on @PrimeVideoIN