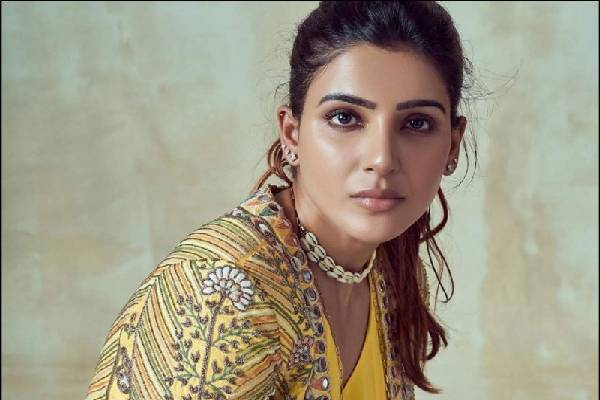 Actress Samantha Ruth Prabhu has been busy travelling and enjoying the leisure before she starts working on her upcoming projects. The actress who was spotted trekking with her friend Shilpa Reddy during their sacred ‘Yatra’, also travelled to Dubai later.

The ‘Oh Baby’ actress was in Chennai for a short time.

It is a known fact that Samantha is in love with her two pets ‘Hash’ and ‘Sasha’.

The pet guardian- Samantha fills her social media with cute updates related to her pets every now and then.

The recent post features her pet dog- Hash, which is being dominated by the younger dog-Sasha. Sharing the cute picture in which Sasha is sitting over Hash, Samantha wrote: “I leave for one day… My poor firstborn”.

Samantha has always been a caring guardian, who says has separation anxiety related to her pets.

Earlier when the actress had to travel to Mumbai as a part of ‘The Family Man’s’ promotions, her dog was limping, which made the actress anxious, as she conveyed in an interview.

On the work front, Samantha has been busy prepping for her upcoming movies, which are to get on the floors soon.

Samantha has two bilingual projects, one of which is to be directed by debutante Shantaruban Gnanasekharan. Her upcoming mythological drama ‘Shaakunthalam’ is under post-production and the makers have kept the release date uninformed yet.